For over 40 years, NJEL has represented the interests of New Jersey's citizens. NJEL has been a voice for policies that protect New Jersey’s natural resources, public health, and economic viability.

As a non-partisan organization with an IRS 501 (c) 4 designation, NJEL has no restrictions on the amount of direct lobbying that it can do on behalf of the environment. NJEL is independent of a national parent, chooses its own priorities, and collaborates with other organizations. Member dues are devoted to issues that impact our state. NJEL believes that conservation of the environment is compatible with economic growth. It is a taxpayer-friendly organization that takes into account the health costs of pollution, the economic benefits of recycling, and the job creation opportunities in the renewable energy and alternative-fuel vehicles.

NJEL supports expansion of mass transit and repairs to the existing highway infrastructure as opposed to projects that encourage sprawl. NJEL supports the remediation and redevelopment of "brownfields," and opposes shifting the costs of sprawl and pollution to taxpayers.

When low and zero-emission vehicles were largely unknown to the public, NJEL conducted education campaigns to convince the public that they were not novelties, but part of a clean air strategy. NJEL actively supported solar and wind power generation in New Jersey, and took a leadership role in protecting renewable energy equipment from exclusionary zoning and unfair property taxes.

NJEL was directly involved in the successful campaign to require reclamation of mercury from scrap vehicles. This initiative eliminated a significant, though little known, source of poisonous mercury emissions, while creating a business opportunity for recyclers and avoiding future remediation and health costs.

Led by a group of its members, NJEL is now advocating for state-wide legislation to curb the use of single-use plastic bags. This is being accompanied by a campaign to educate the public about the health, environmental, and financial costs of our pervasive use of plastics. Industrial interests have financed misinformation and lawsuits against initiatives. This, and the public’s lack of knowledge about the true effects of plastic pollution on the ocean, the food chain, and wildlife, are serious obstacles that must be overcome before legislators will take action. While we hoped that our state would be the first to enact state-wide legislation, California achieved that milestone in 2015. We want New Jersey to be Next!

NJEL focuses mainly on New Jersey laws and regulations, but does become involved in national issues that impact our state. NJEL supports Federal rules to curb the emissions of pollutants that are generated by power plants in other states but degrade New Jersey’s air quality, in spite of the pollution control investments made by New Jersey's power generators and industries. NJEL joined coalitions that oppose hydraulic fracturing for natural gas extraction as well as oil and gas drilling off the Atlantic coast. While gas deposits in New Jersey have apparently not justified fracking operations in the states, wastewater from operations in other states have been imported for treatment in New Jersey. This waste contains sand and toxic chemicals, with no guarantee that discharged water is free of pollutants. NJEL supports the efforts of legislators who have tried to prohibiting such processing in New Jersey, but fossil fuel interests are determined to impose risks on our state.

NJEL needs YOU to support our efforts to protect New Jersey’s air, water, and land. We need YOU to convince legislators that voters want a reduction in greenhouse gases, protection from polluted storm water, and mitigation of flood risks that are increasing in our coastal state. NJEL can point to notable accomplishments in the past four decades, but we must continue to work to ensure a safe and sustainable FUTURE. The threats are different but no less serious (possibly more so) than when the Clean Air Act and the Clean Water Act were first enacted. HELP US! JOIN NJEL. 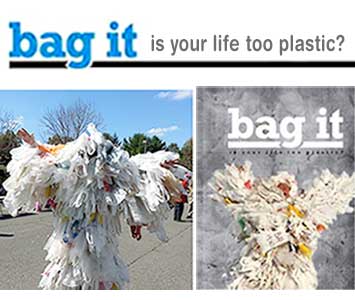